The Alexandrian Society, caretakers of lost knowledge from the greatest civilizations of antiquity, are the foremost secret society of magical academicians in the world. Those who earn a place among the Alexandrians will secure a life of wealth, power, and prestige beyond their wildest dreams, and each decade, only the six most uniquely talented magicians are selected to be considered for initiation.

Enter the latest round of six: Libby Rhodes and Nico de Varona, unwilling halves of an unfathomable whole, who exert uncanny control over every element of physicality. Reina Mori, a naturalist, who can intuit the language of life itself. Parisa Kamali, a telepath who can traverse the depths of the subconscious, navigating worlds inside the human mind. Callum Nova, an empath easily mistaken for a manipulative illusionist, who can influence the intimate workings of a person’s inner self. Finally, there is Tristan Caine, who can see through illusions to a new structure of reality—an ability so rare that neither he nor his peers can fully grasp its implications.

When the candidates are recruited by the mysterious Atlas Blakely, they are told they will have one year to qualify for initiation, during which time they will be permitted preliminary access to the Society’s archives and judged based on their contributions to various subjects of impossibility: time and space, luck and thought, life and death. Five, they are told, will be initiated. One will be eliminated. The six potential initiates will fight to survive the next year of their lives, and if they can prove themselves to be the best among their rivals, most of them will.

For my first review on this blog I decided to go for one about a recent favourite of mine – The Atlas Six! I read this after it being highly recommended by a friend (shoutout to Bie!) and going in I didn’t expect to love it as much as I did. TA6 is a brilliant novel focusing on six magical characters who are invited to be a part of the Alexandrian society, one that promises power and knowledge but, like all good things, comes at a cost.

“[…] only six are rare enough to be invited through the door. By the end of the year, of course, only five will walk out of it.”

☆ My favourite things about TA6 ☆

At the heart of it, this is a character-driven novel exploring academia and magic. Our six main characters are highly skilled in their individual fields, but even they haven’t heard of this mysterious society they’ve been invited to that offers access to research you wouldn’t find anywhere else. It’s enticing both to the characters and myself – I want to find out more about this literature not available to everyone, and what secrets this society might hold.

As the story unfolds, you get to learn more about not only the magic in this world but also the characters and their abilities. The different POV chapters really capture how distinct the characters are in both their lives and their abilities – Olivie Blake writes this so well because by the end of the novel I feel like I truly know these characters and their motivations. All six of the characters are complex and diverse (I loved all the rep, especially that they’re all chaotic bisexuals) and it was fun getting to know all of them. I enjoyed seeing the other characters from each POV and also how differently they use their magic and view the world (two things that turn out to be intrinsically linked). They’re all in some way pretentious, but when you’re considered one of the most powerful medians and handpicked to join an elusive society how could you not be?

Knowledge is carnage. You can’t have it without sacrifice.

Some of the characters took me longer to warm up to than others, but I appreciated the all of their POVs to see their contrasting outlooks on life. If I had to choose a favourite character, it might be Libby Rhodes and Tristan Caine, but truly they were all great in their own right. With such a range of characters, I’m sure everyone will easily find a character to love and/or relate to.

And the art! There are illustrations, made by Little Chmura, of our six main characters (and some other characters integral to the story) which provide a little look of what the characters look like, and they’re all so beautiful !!!

The character dynamics were so fun to read about too. As mentioned in the blurb, they’re rivals but who also have to form alliances if they want to get through the initiation into the society. Add in the fact they’re all ambitious academics who want to get out on top, and you can guess what kind of chaos will ensue. It’s also so chaotic seeing all the different character interactions, especially because they’re all morally grey and flawed characters so it’s interesting to see where and how their opinions diverge and what lines they aren’t willing to cross. It really turns the ‘found family’ trope on its head in the best way.

The world was mostly entropy and chaos; magic, then, was order, because it was control.

The worldbuilding for this book was fascinating and complex as well. It kept me captivated the entire time, and I found myself reading slowly to drink everything in. The prose is beautifully written; this included the magic system, because it was so vast that it gave lots of details alongside leaving some gaps for you to fill in and ponder about – such as the wonder of ‘is travelling through time really possible?’ The lessons the characters had could get a bit too lofty and philosophical for me (and fortunately some of the characters also agreed with me on this), but it really inspired some questions for me and characters about their capabilities, and had me yearning to know more about the extent of their power.

In the end, The Atlas Six was a book I really adored, and one of the first books of 2021 I’ve given 5 stars to. It’s somewhat slow-paced and more focused on developing the characters than providing lots of action, which I know isn’t everyone’s cup of tea, but I still enjoyed how the plot unfolded and the little hints picked up along the way. If you like character-driven stories that mix dark academia with magic then this might be the book for you! The prose was so pretty and the characters so interesting, I’m so invested in this world and excited for the sequel.

If you’ve read The Atlas Six, let me know! I’d love to hear your thoughts on it!

11 thoughts on “Review: The Atlas Six” 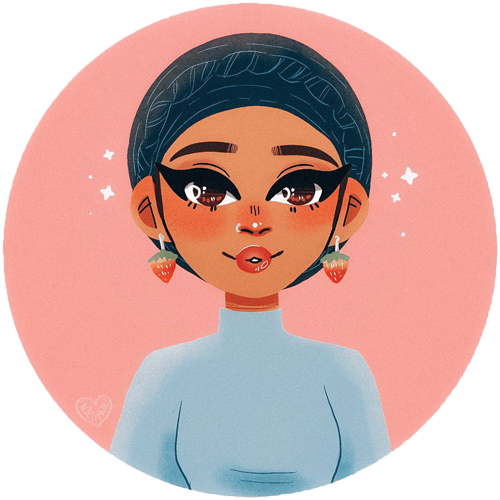