Hello everyone! Hope everyone is having a wonderful August!

I know that for some of us in the northern hemisphere the summer is almost over, but I’m hoping to soak up as much of it as I can.

While putting together my tbr for the rest of summer (which I will likely ignore), I thought about the summer books I’ve read in the past and decided to compile a list of them to share.

So, here are some of my favourite books that give me ✨ summer vibes ✨ even if they aren’t exactly set in the summer. 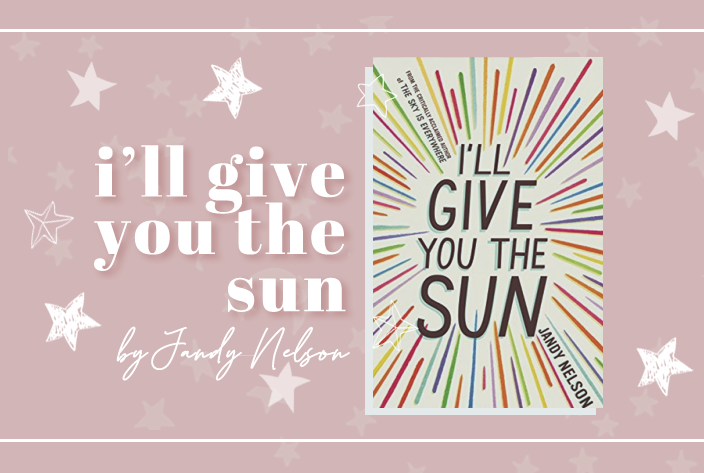 Quick summary: This is a beautiful coming-of-age story about twins Noah and Jude who live by the beach. Once they were very close, as seen in Noah’s POV chapters when they’re 13, but later in 16-year-old Jude’s POV chapters you see they barely speak and so much as changed. While switching between POVs, you get to see two different summers and put the pieces together, and see if and how the twins can mend their relationship.

I read I’ll Give You The Sun a few years ago and it has still stuck with me.

We get to see two different summers, one when the characters are 13 and the other when they are 16. The book centres around family bonds and following your dreams and accepting your sexuality. I just get such strong summer vibes from it since our main characters live at a beach and spend lots of their days there. They’re both creative, and I just love the idea of spending my summer days outdoors sketching or writing.

By the end of the book it just gave me a very sunny and warm outlook on life, about embracing life and moving forward. 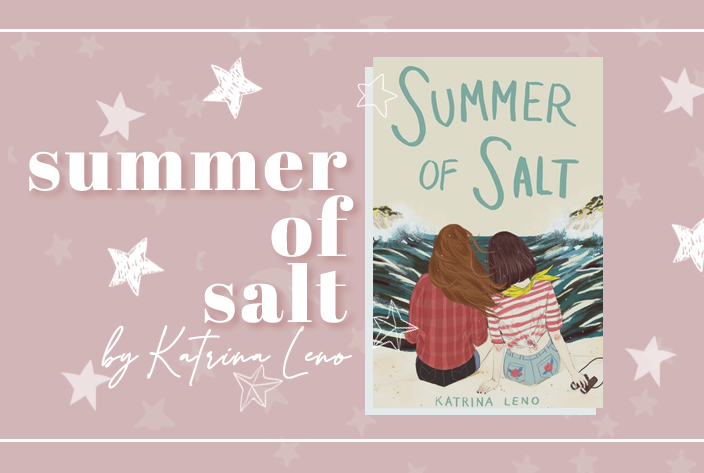 Quick summary: Georgina is from a long lineage of magic, but while her sister’s powers have come in, hers have not. The summer she turns 18 turns out to be a busy one – not only is she waiting for her magic to develop, she’s also harbouring a crush on tourist as well as investigating why the legendary 300-year-old bird that visits the island every summer is now missing.

Summer of Salt is another one set in the summer (as per the title) near the sea. It also has another set of twins like I’ll Give You The Sun! Twins Georgina and Mary live in their family inn that always gets very popular in the summertime when lots of bird-watchers flock to their little island to see the rare bird that appears every summer.

It’s got adventure and mystery, and magic and romance too! It does get a little heavy near the end (I do recommend looking at the trigger warnings) but overall I thought it was the perfect summer read that really made me want to get away from the city and spend my summer by the sea.

★ Darius the Great is Not Okay ★ 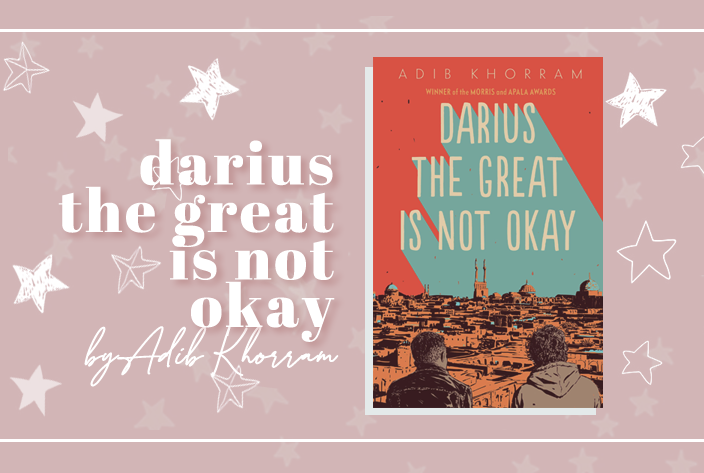 Quick summary: It’s Darius’s first time in Iran, and first time seeing many of his relatives face-to-face, including his grandparents. There’s a big of a disconnect as he isn’t used to the surroundings or speaking the language, experiencing a lot of diaspora many of us can relate to.

While Darius the Great Is Not Okay is not set in the summertime, it really feels like it to me as it’s when he is on a holiday abroad visiting his family in Iran.

Reading this book reminded me so much of summer holidays when I was younger was filled with spending time with my family. It reminded me of those awkward meetings with cousins because we hadn’t seen each other in months if not years, like Darius and his cousins, and slowly warming up to them and missing them fiercely when you have to head back home.

Reading this filled me with such nostalgia for those still summer days, so I would definitely recommend it as a warm summer read. 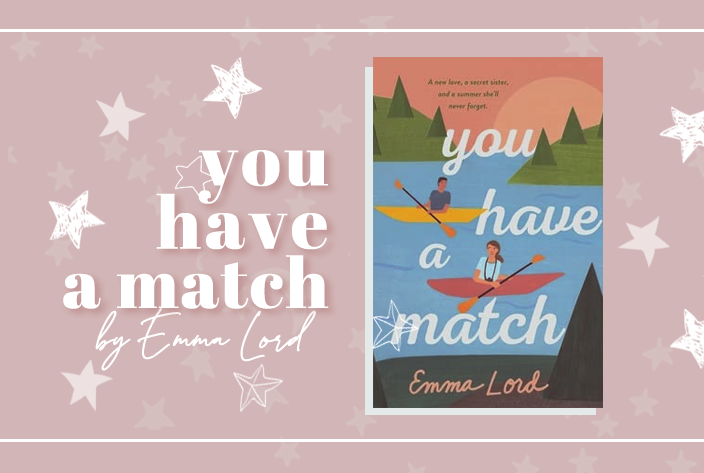 Quick summary: Abby signs up for a DNA service not expecting much from it – until she finds out she has an older sister who was given up for adoption. With summer coming up and her sister going off to be a camp counsellor, they come up with the plan for Abby to join as a camper so they can discuss what could have happened to their family. Maybe not the best plan when they realise how different they are, but can they get to the bottom of this family secret before camp ends?

You Have a Match has summer camp shenanigans at its best!!! Once again, this one has great sibling relationships (I don’t know what it is about me loving books with summer & siblings?) and was so funny and also so heartwarming.

I loved reading the blossoming sibling relationship and the friends to lovers trope in the book. It made me reminisce about when I last went camping years ago and getting to meet such lovely people during my trip. It was fun and chaotic and reminiscent of those summer days getting up to no good. 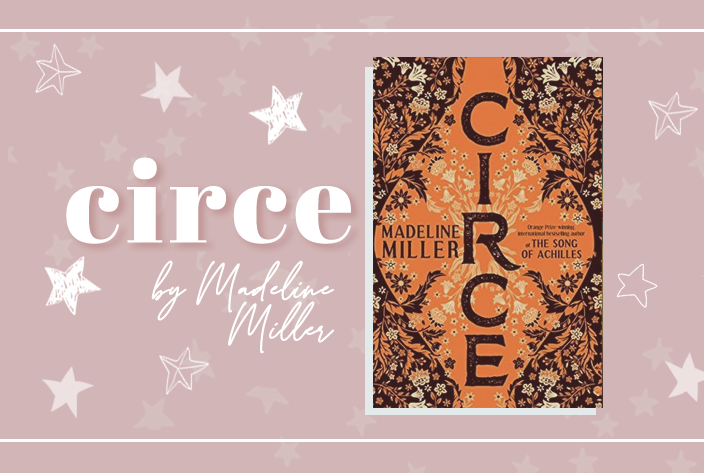 Quick summary: Circe is the daughter of the Titan sun god Helios, but isn’t as alluring or as powerful as her siblings. That is, until she discovers the power of witchcraft. Threatened by her power, Zeus banishes her to a deserted island, where she hones her powers and meets several other people during her time there, from Daedalus and Icarus, to Odysseus, to the goddess Athena. Even if she’s been banished, Circe still finds herself in danger and must come into her own to protect herself and the ones she loves.

While Circe does not take place over one summer but over several years, there is something about it that just screams summer to me. Perhaps it’s the fact Circe spends majority of the book on an island, trying to find things to do among the monotony in the forests and at the beach by the sea.

The deep solitude Circe feels when she is alone, with only her thoughts for company, was something deeply relatable. Summertime is a very reflective time for me, or it was when I was in school as the summertime would be my reprieve from responsibilities and give me time to work on myself and how to better myself for the next academic year – so I resonated with how Circe spent her time harnessing her abilities and becoming more confident and powerful. 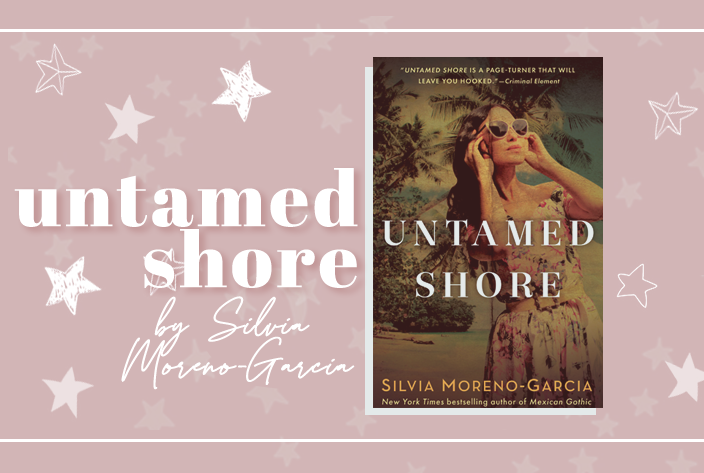 Quick summary: Set in 1979, Viridiana spends her days under the sun with nothing to do but guide tourists around for the summer. When she’s hired by three American tourists to show them around, she’s entranced by them, but things go wrong when one of them dies and Viridiana finds herself in the cross-hairs as the Americans aren’t all they seem to be.

I love a good mystery/thriller novel, and Untamed Shore is a great one. Set in the summertime, Viridiana is hired as the personal assistant/guide for tourists visiting Baja, California. Unfortunately for her, things go awry when one of them dies and she is caught up in a messy plan and with people who aren’t what the seem.

I don’t see a lot of thrillers set in the summer time during sunny weather, so Untamed Shore was a nice change of pace. It was wonderful to see the contrast between the dark mystery and ominous vibes with the hot summer atmosphere. This is one I can picture reading on the beach, feet in the sand and head immersed in the story.

Thank you for reading! What summer-y books would you recommend?
Have you read any of the books I mentioned?

41 thoughts on “books with summer vibes”

Hi! I'm Saima, 24, she/they, and a book blogger from the UK. I mostly review contemporary and mystery novels here. I also really love urban fantasy novels, cats, and a good cup of tea.