I hope everyone is having a wonderful October so far.

★ The Loneliest Girl in the Universe ★ 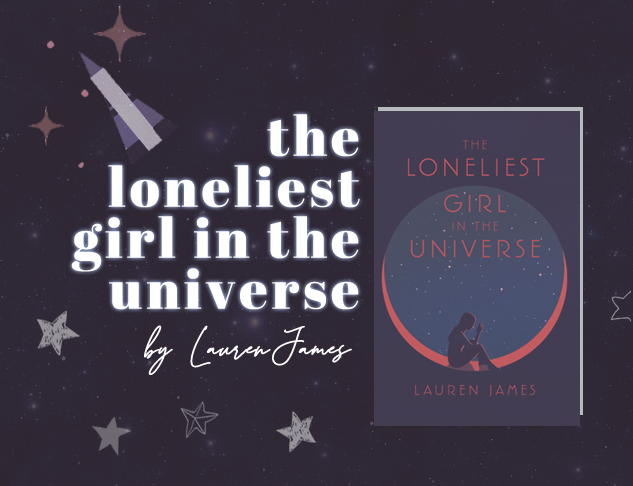 Brief synopsis: Romy Silvers is the only surviving crew-member of a spaceship travelling to a new planet, on a mission to establish a second home for humanity amongst the stars. She is all alone, until she’s told a new ship is on its way to accompany her – with a single passenger on board, a boy called J. Their only communication with each other is via email, but what does Romy really know about J? And what do the mysterious messages which have started arriving from Earth really mean? Sometimes, there’s something worse than being alone . . .

Romy is alone on a spaceship with nothing but her penpal J to keep her company in her lonely journey through space. This is the only book on this list that isn’t set on Earth, yet is the most relatable to me. She’s so young and so lonely, while things start to go wrong and she’s cut off from her only close contact, her therapist. It’s eerie to see what isolation can do to you, especially when you have anxiety.

Reading this in lockdown was an Experience, to say the least. I could really relate to Romy as she spent her time just waiting for a reply, so lonely for some company and companionship, and so worried for her friends down on Earth who she couldn’t communicate.

It’s the final few chapters that had me absolutely hooked and at the edge of my seat, completely anxious about what the ending of the story will be – and it was a great resolution! 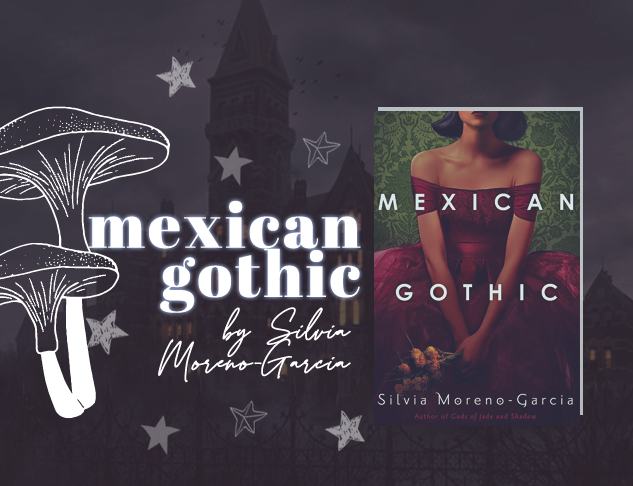 Brief synopsis: After receiving a distressing letter from her cousin Catalina, stating she is being poisoned and haunted by her home, Noemi sets off to see her newly-wed cousin in her isolated house in the countryside. The last thing she expects is to be plagued by similarly haunting dreams during her stay, and constantly be met with resistance from Catalina’s aloof husband and standoffish in-laws who continuously prevent her from speaking to Catalina.

Her only ally is the family’s younger son, but even he seems to be hiding the dark foreboding past of his family. It’s up to Noemi to unravel the truth and get herself and her cousin to safety – before it’s too late.

recommended for: anyone who loves an eerie atmospheric read and beautiful writing.

This is, overall, one of the most unnerving horror books I’ve read. It still has me uneasy thinking about the details of it. That’s not to say it isn’t absolutely riveting to read, but believe me when I say that it really means it when it says this is a gothic novel.

So much of this novel was horrifying in the best way, but I think the parts that really got to me was when Noemí has moments of sleep paralysis and dreadful dreams. As someone who had terrible sleep paralysis all throughout my adolescence, and my episodes were very similar to Noemi’s, it was terrifying to read and certainly kept me awake after reading it. 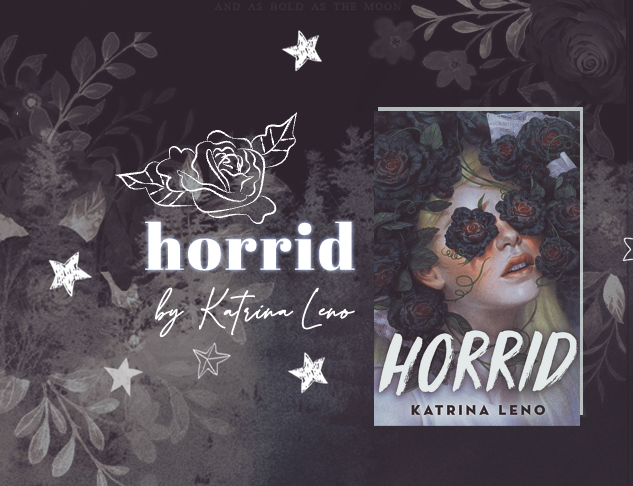 Brief synopsis: After her father’s death, Jane and her mother move into her mother’s dilapidated childhood home. What is supposed to be a fresh start results in many problems—Jane feels uneasy in her new home, bullied by one of her oddball classmates, and curious about what secret her mother is keeping about the house.

There’s something that her mother is not telling her about her childhood, something to do with why Jane barely knew her grandparents, and possibly related to the secret storage room she’s not allowed in….

recommended for: fans of the haunted house trope, and stories like The Yellow Wallpaper.

I was hooked on this novel as soon as I read the opening sentence – She couldn’t remember the first book she had eaten. As someone who has multiple books by my bedside, the line randomly pops in my head when I glance over at them.

Horrid has all the classic horror tropes – old supposedly haunted house, open secrets in the town but not known to protagonist, and family secrets that are revealed – but with a refreshing spin on them. It’s the ending of the book especially that stands out to me.

Genuinely, the ending of this book lives in my head rent free. I think about this novel whenever I look at vibrant roses, filling me with dread but also a deep fascination. 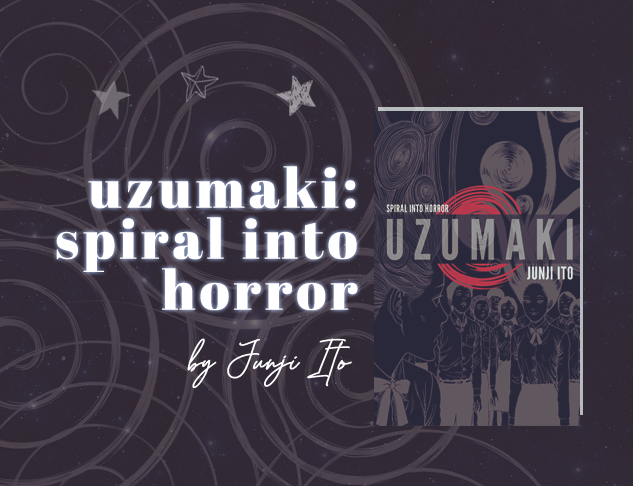 brief synopsis: Shortly after Shuichi Saito’s father becomes obsessed with spirals—snail shells, whirlpools, and man-made patterns—he dies mysteriously. According to Shuichi Saito, the withdrawn boyfriend of teenager Kirie Goshima, their entire town town is haunted not by a person or being but by a pattern: spirals… this town is contaminated with spirals…

recommended for: anyone looking for a chilling graphic novel full of horror.

This is the newest addition to this list because what the heck was this novel. I’ve read some short stories by Junji Ito before (the enigma of amigara fault specifically still haunts me) but this one just took the cake. There is a reason that Junji Ito rules the horror genre in manga.

This story spans three volumes, so it really delved into the plot and was very graphic throughout. Needless to say, I won’t be able to look at spirals again properly for a while….

Also, shoutout to Andi @ OhNoBooks for recommending this to me! 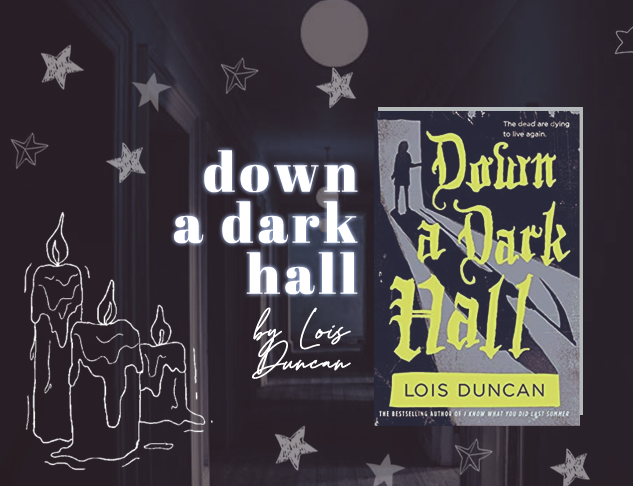 brief synopsis: Kit is sent to an exclusive boarding school to find she was one of four students chosen to attend. Kit walks the dark halls and feels a penetrating chill. What terror waits around the next corner?

recommended for: people looking for a classic spooky read that’s quick and atmospheric

Down a Dark Hall is a quick read that I still sometimes I randomly remember at night while I’m getting a midnight snack in the dark with only the muscle memory of how many stairs there are and steps down the hall back to my bedroom.

There are multiple times in Down a Dark Hall in which Kit thinks she hears someone at her door at the dead of night, or hears screaming from the other room only to see her roommate is fine. I read this book last year when I still had late nights working on assignments, so you can imagine my fear when I would hear something creak at 3am at night while the whole house was silent. 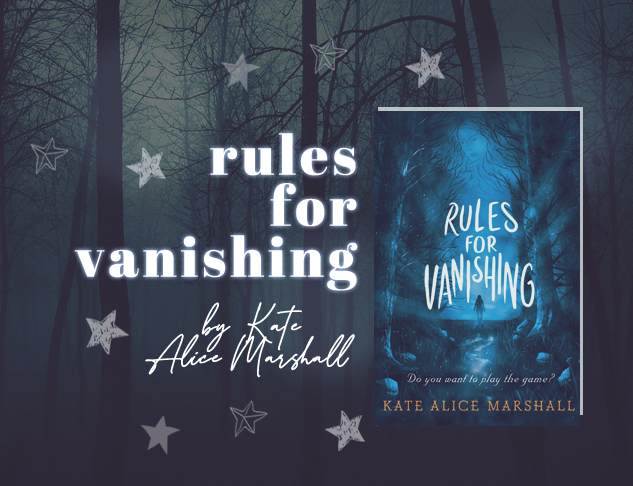 Brief synopsis: It’s been one year since Sara’s sister, Becca, disappeared, to find out more about the legend of Lucy Gallows. When a mysterious text message invites Sara and her estranged friends to “play the game” and find local ghost legend Lucy Gallows, Sara is sure this is the only way to find Becca. Now, Sara finds herself deep in the darkness of the forest, her friends–and their cameras–following her down the path. Together, they will have to draw on all of their strengths to survive….

recommended for: fans of mixed-media books, and movies like The Blair Witch Project.

Will I ever shut up about this book? No, never.

When I was younger, I was obsessed with those weird rituals/myths I would read about on the internet. I was chronically online, so would come across some strange stories about The Three Kings, the Elevator Game, The Midnight Game – think Bloody Mary, but more detailed in their stories and rules. Listen, I was young when I read them, and very easily scared.

So, when I saw Rules for Vanishing had games like this as the characters delved deeper into the woods, I was both terrified and fascinated. It really resonated with me because if I had the guts, I would also explore the deep woods to find out more about the legend of Lucy Gallows, which is why I could so easily picture myself there, and why it spooked me so much.

Thank you for reading!
If you have any spooky reads, please let me know!

18 thoughts on “books that terrified me”