As you might have read in my wrap-up of October, I recently completed my goodreads challenge of 100 books.

I thought it would be a fun idea to make a mini wrap-up of my top 10 of the 100 books I’ve read. At the time of making this post, I’ve actually read about 106, but 6 of those are re-reads so I’m not including them here (after all, they’re clearly faves seeing as how I reread them!).

I will probably make a more indepth post at the end of the year focusing on my top 3 faves (which may change in the next few weeks!) but for now I wanted to include a brief look at the books I really enjoyed this year!

I first made a list of my top 10, and then used the tutorial by biasorter to make a sorter because I wanted to see if my choices matched up.

This took…. a long while, and was very difficult, but here is the computerised list made through the sorter vs my list:

The ones that made the top 10 didn’t surprise me, but the order took me off guard. For example, I didn’t expect The Ghosts We Keep to be in my top 5, but I guess that book did leave a lasting impact on me. Furthermore, True Crime Story being above If The Shoe Fits was another thing I didn’t expect, but then again I am a bigger fan of a good mystery than a good romance.

Fortunately, all the books listed were the same, making this mini wrap-up much easier. So, here are the top 10 books I’ve read this year, and the reasons I liked them so much.

please note I do use affiliate links for kobo and bookshop.org, but all opinions are my own. 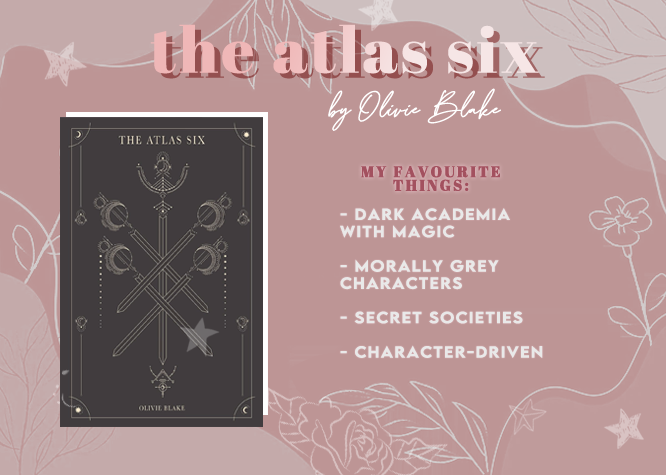 Short synopsis: The Alexandrian Society is a secret society of magical academicians in the world. Each decade, only the six most uniquely talented magicians are selected to be considered for initiation. This year, our six are recruited by the mysterious Atlas Blakely – but, only five will be initiated, the other eliminated. As the year progresses, the six potential initiates fight to survive prove themselves to be the best among their rivals, while finding out that the elusive society is more than it seems. 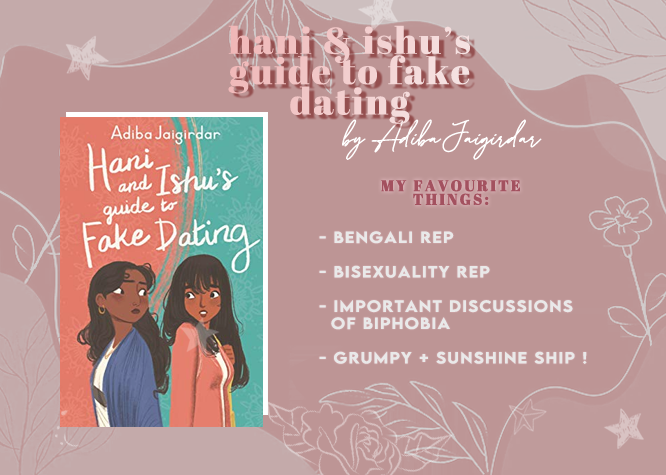 Short synopsis: When Hani comes out as bisexual and her friends don’t believe her, she does the first thing she can think of and says she has a girlfriend… none other than Ishu, the girl her friends can’t stand. Ishu, meanwhile, is dealing with pressure to please her parents, and the only way she thinks she can do this is by becoming Head Girl. Problem is, becoming Head Girl is a popularity content. Fake dating is a mutually beneficial pact to help both of them, but things are more complicated than they seem…. 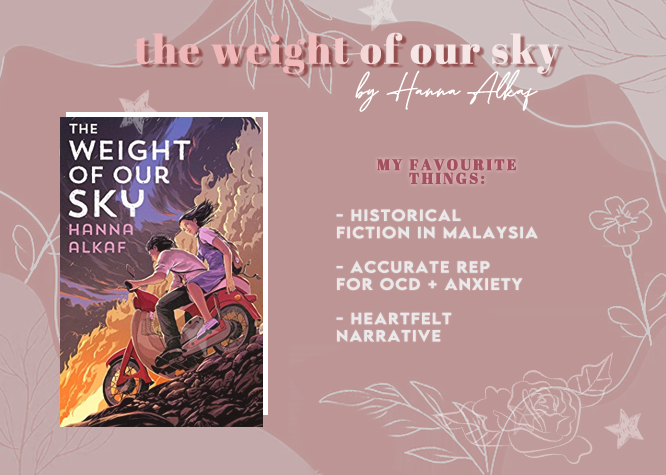 Short synopsis: Melati Ahmad deals with intrusive thoughts everyday about her mother’s demise – thoughts that people think is the work of a djinn. She’s worried these thoughts will turn into a reality when the city suddenly erupts into violent race riots between the Chinese and the Malay. When gangsters come into the theater and hold movie-goers hostage, Mel, a Malay, is saved by a Chinese woman, who graciously takes her in.

As time passes, Melati worries about the safety of her mother, and will do anything to get to her. Mel must survive on her own, with the help of a few kind strangers, until she finds her mother, but the djinn in her mind threatens her ability to cope. 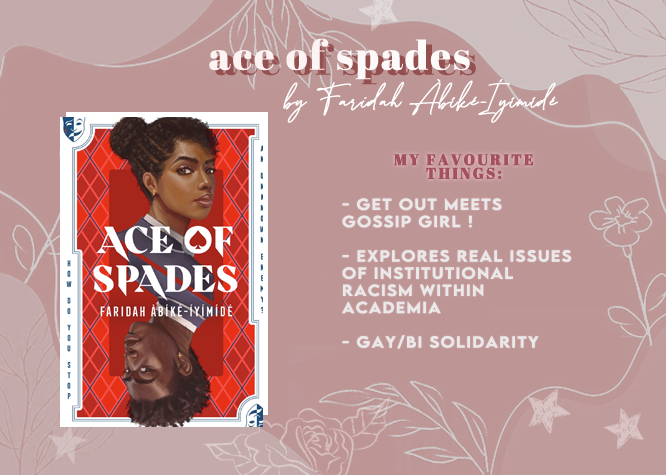 Short synopsis: Welcome to Niveus Private Academy, where money paves the hallways, and the students are never less than perfect. Until now. Because anonymous texter, Aces, is revealing the darkest secrets of two students.

Talented musician Devon buries himself in rehearsals, but he can’t escape the spotlight when his private photos go public. Head girl Chiamaka isn’t afraid to get what she wants, but soon everyone will know the price she has paid for power. Someone is out to get them both. Someone who holds all the aces. And they’re planning much more than a high-school game… 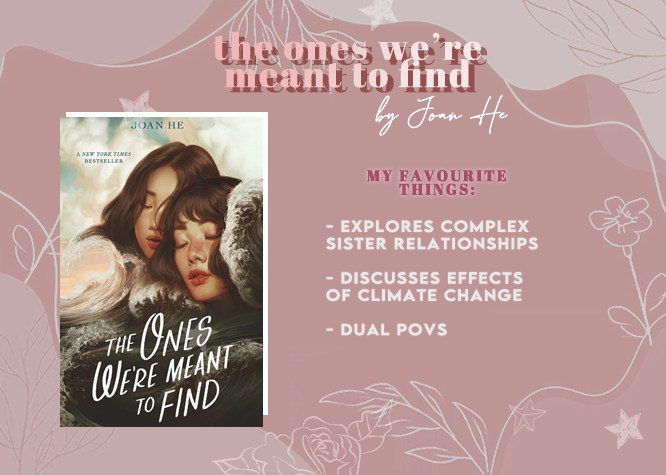 Short synopsis: Set in a futuristic world plagued by the effects of climate change, 18-year-old Cee is stuck on an abandoned island with no idea how she got there. She has a single memory: she has a sister named Kasey, and she has to escape to find her.

Far off in an eco-city, 16-year-old Kasey mourns her sister Cee, who is missing and presumed dead. All Kasey wants to find out what happened to her, and escape this bubble as the effects of human destruction continue to destroy the planet. As things get worse, Kasey feels it’s up to her to find a way to help Earth, but is she ready to even though it failed her sister? 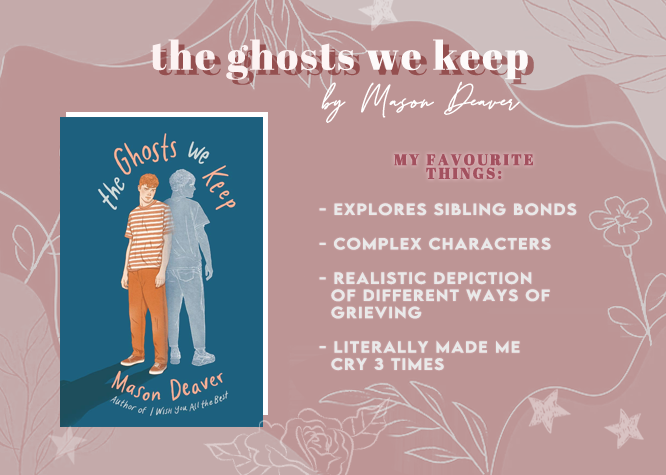 Short synopsis: Following the death of his brother, Liam Cooper feels more alone and isolated than ever. Liam has to not only learn to face the world without one of the people he loved the most, but also face the fading relationships of his two best friends in the process. Soon, Liam finds themself spending time with Ethan’s best friend, Marcus, who might just be the only person that seems to know exactly what they’re going through-for better and for worse.

★ When All The Girls Are Sleeping ★ 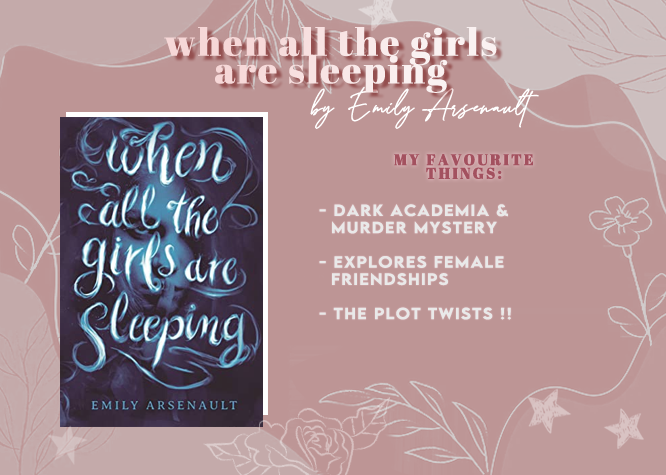 Short synopsis: It’s a new school year, and Haley is still dealing with the mysterious death of her ex-friend. This month marks the one-year anniversary of the death of her ex-best friend, Taylor. When a disturbing video of Taylor surfaces, new questions about her death emerge. And it actually looks like Taylor was murdered.

Haley wants to believe ghosts aren’t real, but she can’t help but think this is linked to the Winter Girl – a spirit said to haunt the senior dorm every January. Now it’s up to her to solve the mystery before history has a chance to repeat itself and another life is taken.

★ Down Comes The Night ★ 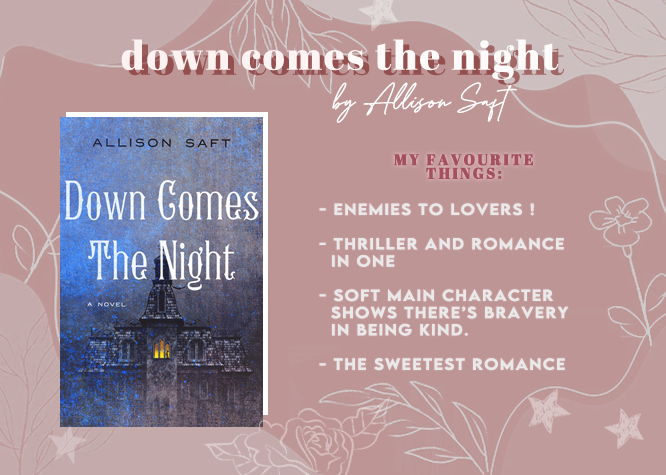 Short synopsis: When Wren reckless use of magic has her dismissed from the Queen’s Guard and separated from the girl she loves, she seizes her next chance to redeem herself – by accepting the invitation to Colwick Hall where she has been asked to help cure a lord’s servant from a mysterious illness.

Unfortunately for Wren, the servant is really Hal Cavendish, her kingdom’s sworn enemy. Hal also came to Colwick Hall for redemption, but the secrets in the estate may lead to both of their deaths. But, when they both realise that there are sinister forces at work, Wren and Hal realize they’ll have to join together if they have any hope of saving their kingdoms. 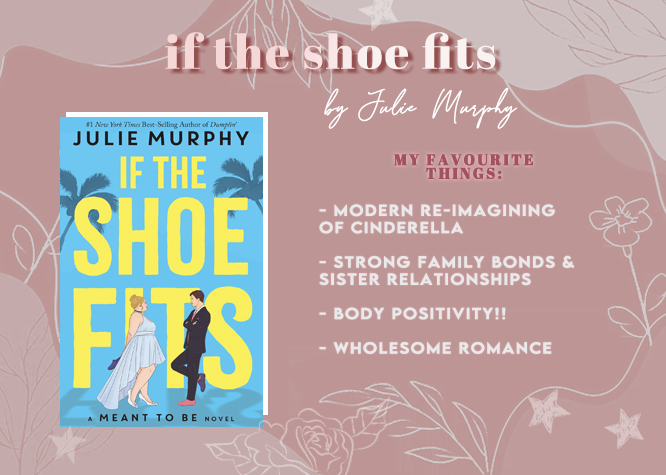 Short synopsis: Newly graduated and fashion-obsessed, Cindy is having trouble finding a new job and has moved back in with her step-mother, a producer on the world’s biggest dating show. When a contestant on Before Midnight bows out at the last minute, Cindy is thrust into the spotlight.

Showcasing her killer shoe collection on network TV seems like a great way to jump-start her career, but the last thing she expects is to start falling for this Prince Charming. To make it to the end, Cindy will have to take a leap of faith and hope her heels— and her heart—don’t break in the process. 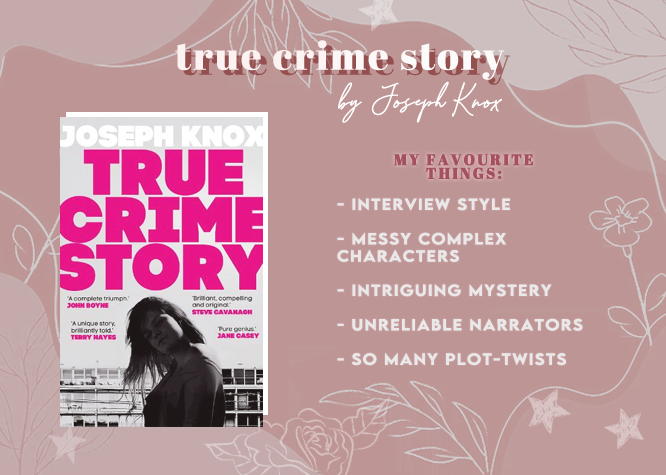 Short synopsis: In December 2011, Zoe Nolan, a 19-year-old Manchester University student, walked out of a party and was never seen again. Seven years after her disappearance, struggling writer Evelyn Mitchell finds herself drawn into the mystery. Through interviews with Zoe’s closest friends and family, she begins piecing together what really happened in 2011, but when things don’t add up, she begins to wonder if there’s something, or someone, much larger at hand.

Thank you for reading!
Let me know what your fave reads of 2021 have been!